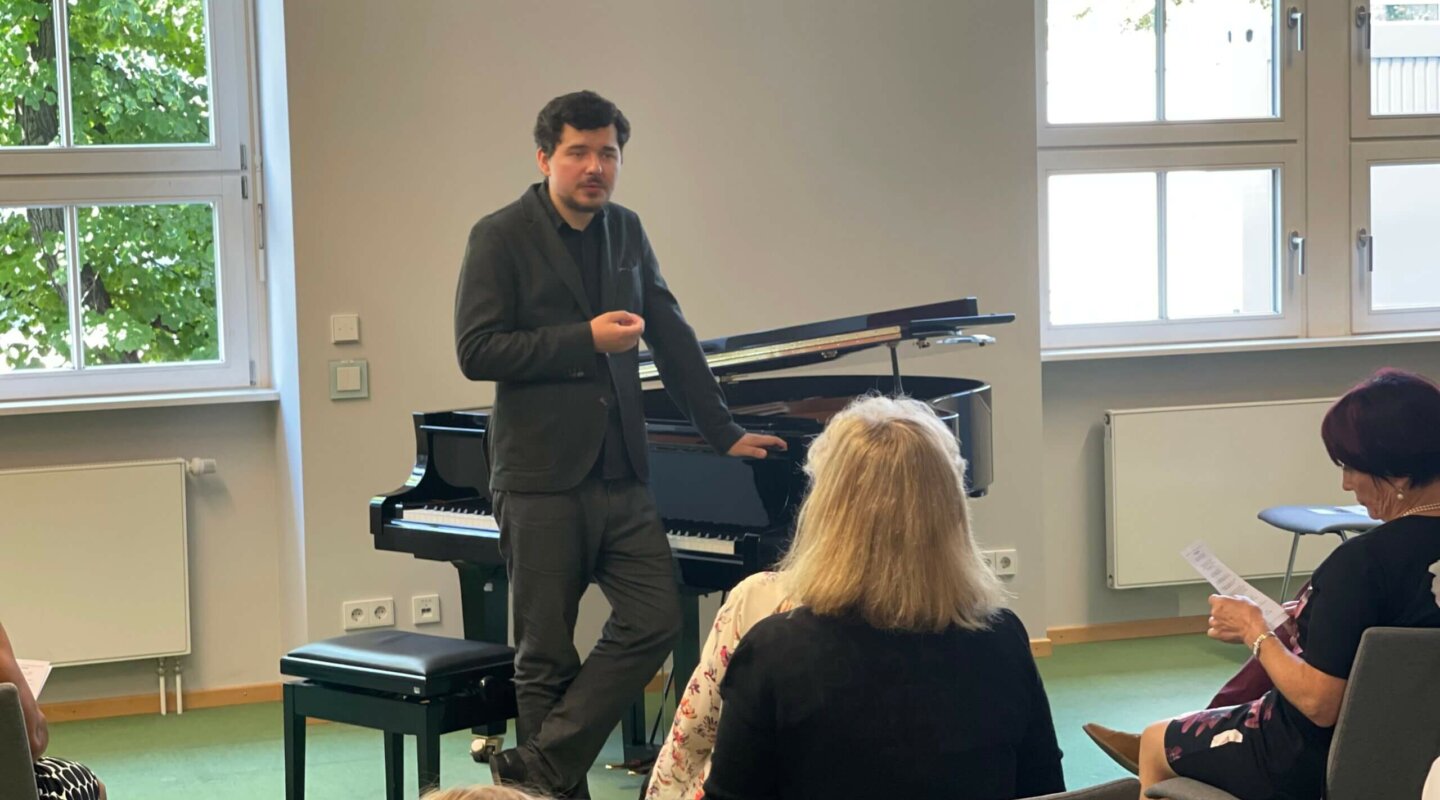 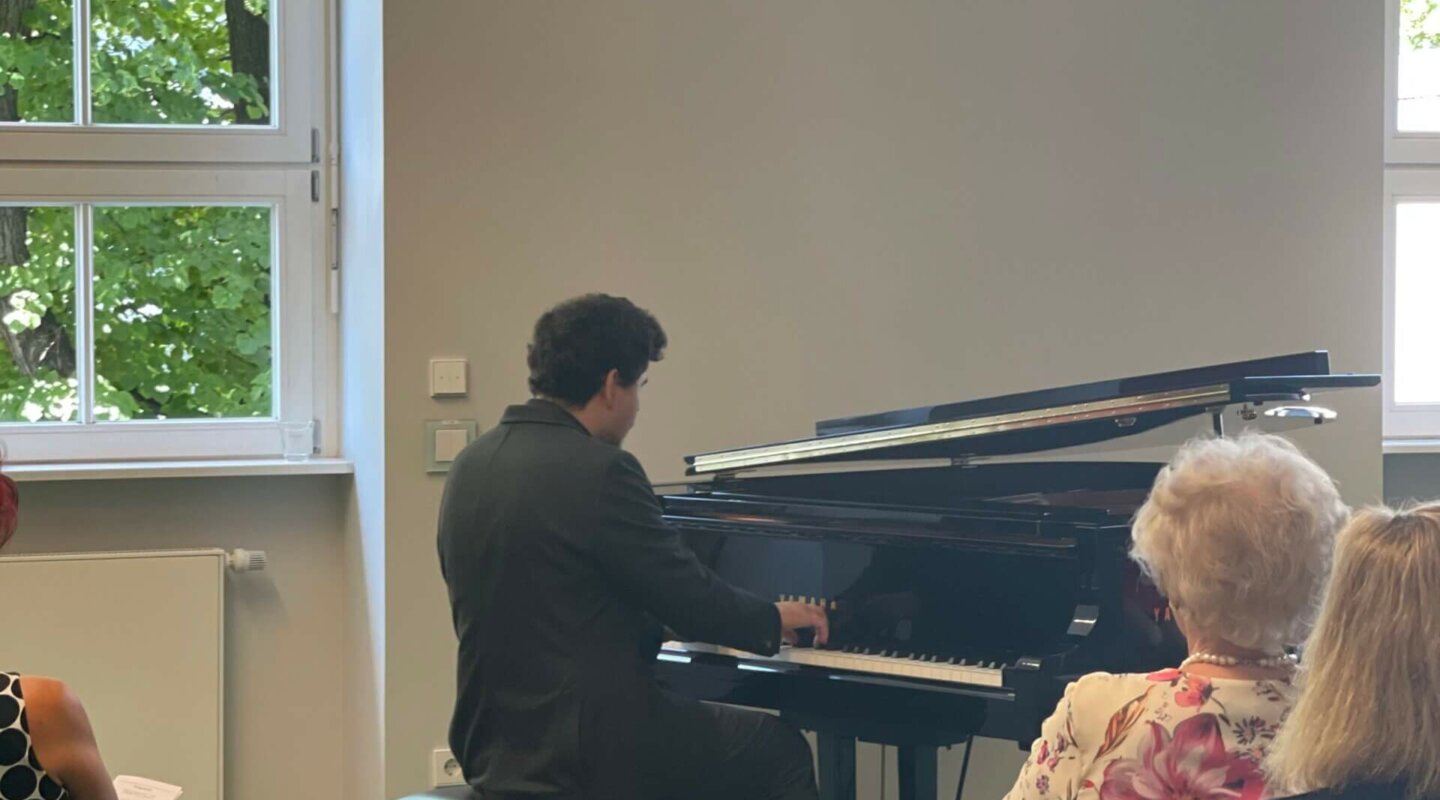 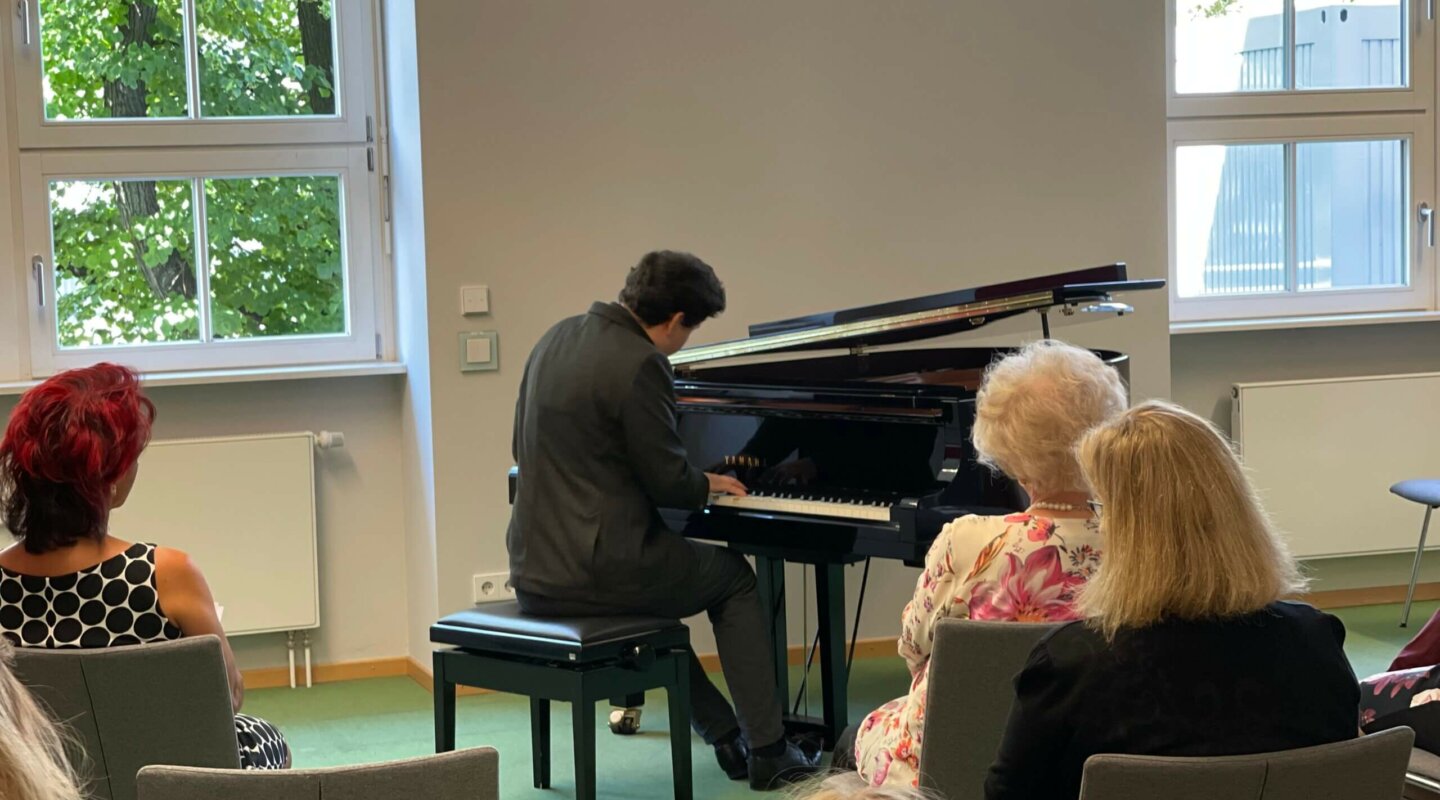 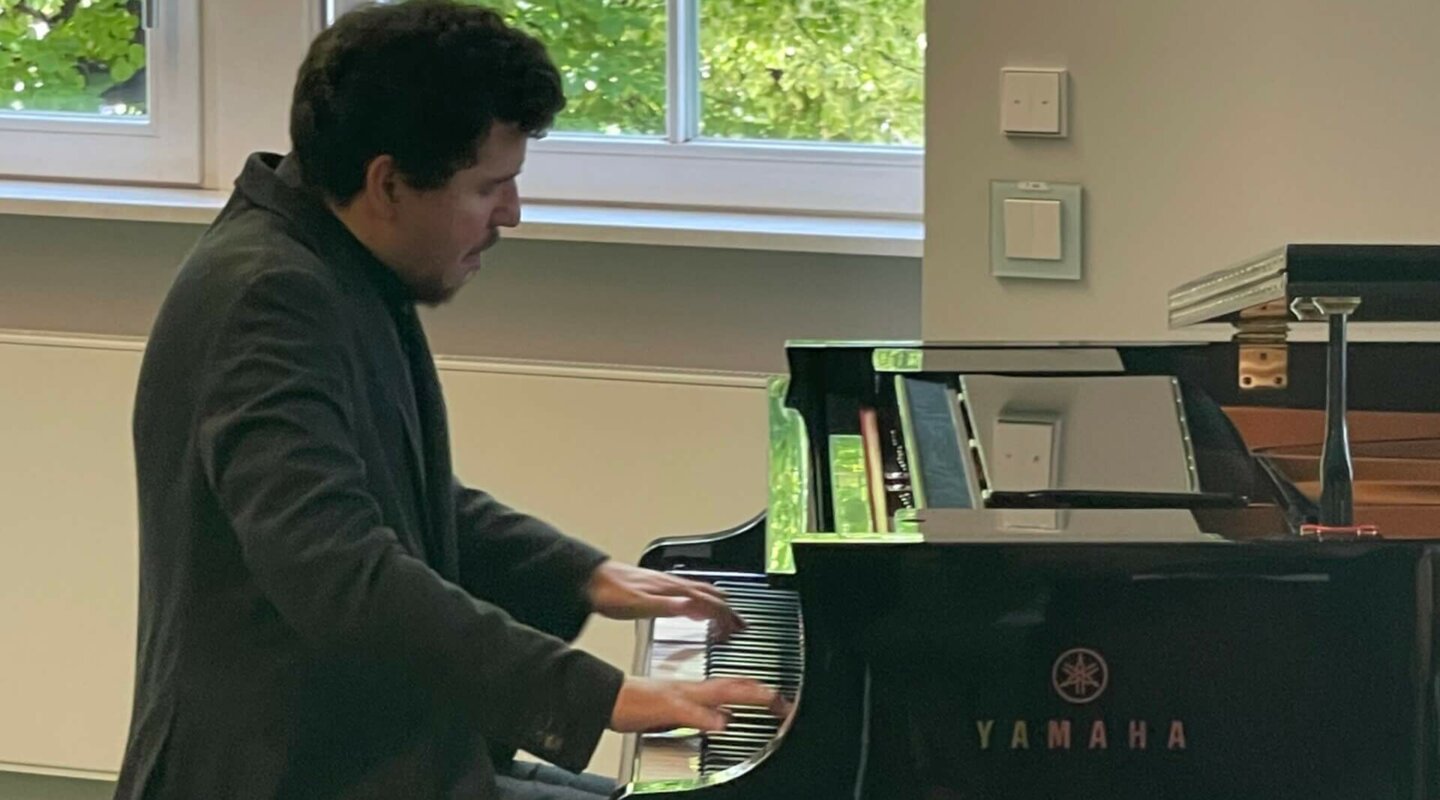 On Sunday, June 27, 2021, TEST Berlin presented a matinee concert with pianist Vasily Gvozdetsky as part of the TEST promotion of the arts.
The concert took place in front of 35 invited guests at the premises of TEST Berlin.

“It’s great to be able to experience music and art live again after such a long time,” said Elisabeth Unger, managing director of TEST Berlin.
“Especially in the past few months, many things have fallen short. Especially the independent cultural workers, who had no income, were particularly affected.”

That’s how the idea for the concert came about, which now gave award-winning pianist Vasily Gvozdetsky a stage again after a long pandemic-related break. Gvozdetsky, who already gave concerts throughout Europe at the age of ten and is a prize-winner of several international competitions, played pieces by Wolfgang Amadeus Mozart, Robert Schumann, Felix Mendelssohn Bartholdy and Franz Liszt.
But the highlight of the concert was the Canzona serenata from the Forgotten Sages by Nikolay Medtner. For Vasily Gvozdetsky, founding member and vice chairman of the International Nikolai Medtner Society, this was a matter close to his heart.

“Art sponsorship has so far been reserved mainly for large companies. With its art concept, TEST Berlin has been demonstrating since 2007 that a medium-sized company like TEST can also successfully pursue this path. We are very pleased that the current regulations have made this concert possible for us,” says Elisabeth Unger.

Supporting young artists is the central concern of the TEST art concept. TEST wants to give artists the opportunity to interact with an interested audience and to present their work on the company’s premises. By transforming the office space, the art events create a new experience for employees, partners and guests. A creative challenge for the artists and for TEST, which is one of the attractions of the concept.